Hydraulic oil is formulated from high quality base oils and a balanced additive system that satisfies a variety of hydraulic equipment requirements. Hydraulic oil protects using an effective balance of metallic detergents combined with inhibitors to control oxidation, wear, corrosion, and rust.

The hydraulic oils have multitude of applications and usage. They increase the component life reducing downtime and are compatible with other engine oils used in hydraulic applications. They are good in hydraulic systems that encounter wide ambient temperatures, systems containing gears and bearings with anti-wear properties and industries including: agriculture, construction, trucking, mining and quarrying.

Hydraulic oils are sub-divided into groups according to their additives.

Are oils to which substances have been added to improve aging stability and corrosion protection. They are used in hydraulic systems, in which temperatures of around 50 °C and/or corrosion caused by moisture are to be expected.

offer better protection against wear than HL oils. They contain additives to slow down the aging process and to protect against corrosion and also additional substances to reduce wear during mixed friction operation, i.e. the area in which insufficient lubrication at the metal pairing can cause wear and and seizing up.

Contain detergent and dispergent (emulsifying) additives. These additives help to dissolve deposits and hold any impurities in the oil, (e.g. from aging or abrasion), and any water that has penetrated, in a suspension.
With hydraulic systems which are subjected either to large fluctuations in temperature or to low ambient temperatures, oils with a higher viscosity index, HV oils , are used.

A fire resistant hydraulic fluid which is oil-in-water-emulsion based. By the addition of concentrations of 2 to 5 % this fluid offers a minimum protection against wear and corrosion.
Due to its high water content the risk of combustion is minimal. However a disadvantage is the low viscosity which causes high leakage.

This fire resistant fluid contains no water and is manufactured synthetically using phosphate esters (HFD…R) with a relatively low combustibility, chlorinated hydrocarbons (HFD…S), HFDR and HFDS compounds amongst others (HFD…U).

Note: that all HFD fluids are incompatible with most sealing materials.

The hydraulic oil should be kept clean ensuring good filtration and prevention of external as well as in-house impurities. The care of hydraulic oils starts before they are used into the system. The following points need to be kept into mind:

In a hydraulic system the operating fluid transmits forces and motion. It must have the following characteristics:

Viscosity is the name given to the characteristic of a fluid , where a fluid exerts a resistance to the laminar movement of two adjacent fluid layers against each other.
The most important parameter when selecting a hydraulic fluid is the viscosity. It increases as pressure increases and rapidly falls as temperature increases.
If viscosity is too high, this leads to high frictional and flow losses, which is indicated by a pressure drop and rapid heating of the oil.
If the viscosity is too low, this leads to leakages , increased wear and again to rapid heating of the oil. We differentiate between kinetic and dynamic viscosity. Kinetic viscosity is preferred in hydraulics as it is easier to measure. It is defined as the relationship of dynamic viscosity to the density of the fluid.

viscosity η, dynamic
In a moving fluid, the relationship exists between the shearing stress t and acceleration dv/ds. Coefficient η is known as dynamic viscosity.

viscosity ν, kinetic
This is the usual parameter for viscosity in hydraulics. It describes the relationship between dynamic viscosity η and fluid density ρ The viscosity classes for hydraulic oils are specified in the DIN 51 519 standard, which was produced in conjunction with ISO 3448. The viscosity of fluids increases as pressure increases.

This characteristic must be taken into account when planning hydraulic systems which use pressures of more than 200 bar. By approx. 400 bar, the viscosity has already doubled. The viscosity-pressure behaviour changes with respect to temperature. This is the term used for the viscosity range within which the system can operate.

The requirements placed upon mineral oils for use in a hydraulic system can only be achieved with the help of additives. They either influence the physical characteristics or improve the chemical properties of the fluid.

A dominant factor which determines the service life of the oil is degradation through oxidation. Oxidation occurs when oxygen combines with the original hydrocarbon molecules and gives a chain reaction. Traces (even a few parts per million) of certain metals, particularly copper, iron, zinc, lead and water act aE catalysts and markedly increase the rate of oxidation.
Oxidation produces soluble as well as insoluble products and these may form sticky substances and may deposit as gum or sludge in oil passages, various pump parts, valve spools and ports, etc. blocking them and restricting oil flow and making the machine run sluggishly. As a result of oxidation, the oil becomes progressively darker and gets acidic properties which ultimately deteriorates the life of the oil.

Anti-oxidant additives are used in hydraulic oils to combat oxidation. Apart from this one can use other means to retard oxidation rate by:

When magnetic plugs are used, provision should be made to facilitate frequent cleaning of the plugs, otherwise oil surge in the tank may dislodge the particles from the magnet and circulate them back into the system. Incidentally, use of magnetic plug reduces load on filters.

Oxidation inhibitors are additives used in hydraulic fluids to prevent oxygen from being quickly absorbed and hence aging and corrosion processes are reduced.

The aging of hydraulic oil depends on the composition of the oil and may be different in oils with the same specification.

Ageing is accelerated as a result of air released in oil at high pressures, temperature, metals which the oil comes into contact with and contamination due to dirt, rust and water.

Oxidation inhibitors prevent oxygen from being absorbed and hence protect the components from corrosion.

Change of Oil
When oil changes are effected, the system has to be thoroughly flushed to remove the old oxidised oil; partially oxidised oil is an effective catalyst for the oxidation of fresh oils. Flushing is done with same oil or with flushing oil at 40°-50°C and should be continued till the filter is seen without any trace of contaminants.

The de-emulsifying capacity of an oil can be demonstrated in the time it takes for an oil/water mixture to separate. It is determined by the agitator method to DIN 51 599.

Water which has seeped into hydraulic oil must be swiftly removed, as it affects both the viscosity of the oil and its resistance to corrosion and leads to deposits. It is important to keep the oil still for as long as possible in the tank,as water is separated from still oil faster than when it is flowing.

anti-wear property and corrosion protection are all reduced due to aging.

Due to the long “rest” periods during which the oil remains in the tank , good filtration, cooling and regular monitoring of the oil quality can all help to act against aging.

Fluids absorbing oxygen results in the corrosion of components. The aging process is also influenced by oxygen.

If a negative pressure arises in the hydraulic fluid (negative gauge pressure), which is caused by a suction cross section which is too narrow, by fluid flowing too fast round sharp edges or by breakaway of flow, this may result in cavitation (formation of a cavity) in the hydraulic system. The air dissolved in the oil will form bubbles.

Especially in the suction lines of the pumps this can lead to signs of wear, pressure shocks, power losses and loud noises.

As well as HFCs (solutions of polymers in water) and HFDs (water-free synthetic fluids), emulsions in the form of oil-in-water emulsions (HFAs) or water-in-oil emulsions (HFB) are used in hydraulics as fire resistant hydraulic fluids.

Oil-in-water emulsions, with a combustible proportion of max. 20%, would be the ideal hydraulic fluid , if their properties (viscosity,corrosion protection,anti-wear properties,pour point etc.) equaled those of mineral oil. The main cause of operating faults in hydraulic systems is heavily contaminated fluid.

The dirt particles which appear in a hydraulic fluid during operation are collectively called operational contamination.

This dirt may leak in from outside onto the piston rod through weak seals, breathers or by insufficient wiping. It may

also be caused by abrasion (abrasion of seals, metal filings) within the system or by aging of the hydraulic fluid There are 14 contamination classes for the hydraulic fluid.

In each class there is a definite particle number (in 100 ml) which give the 5 groups of sizes. Particles with a size > 5 µm and > 15 µm are determined together in 100 ml hydraulic fluid.

By knowing the number of particles the contamination class of the hydraulic fluid can be determined. 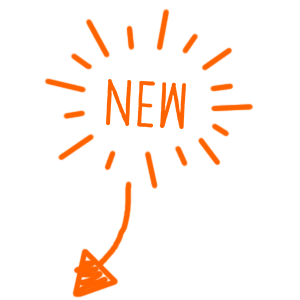